I’ll keep this pretty basic, but since India has some fairly distinctive clothing styles, I wanted to share a bit about them.

The majority of the men we saw wore Western-style slacks and button-up shirts. A decent number, though, wear a more distinctively Indian outfit called a kurta pajama. The kurta pajama consists of a long top that reaches to about the knees and is often embroidered around the neck. The top is collarless. The bottom is a pair of baggy knit pants, often made of cotton. Sikh men wear a distinctive turban that is often black, but can be a number of different colors. 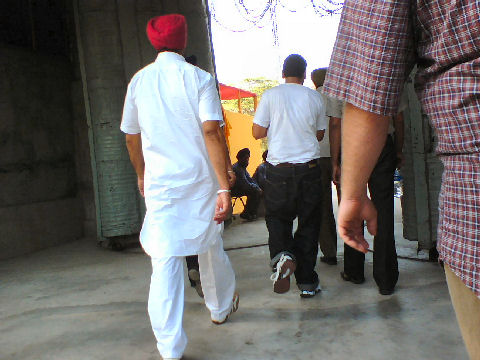 A few younger women in bigger cities are wearing more Western clothes, such as jeans, but the majority of women wear one or the other of two Indian outfits:

The sari is a long, fancy piece of cloth, wrapped around the legs like a skirt and then wrapped over one shoulder. The women have some kind of small top they wear underneath the sari, but I don’t know what it’s called. I understand that saris are especially common in southern India. 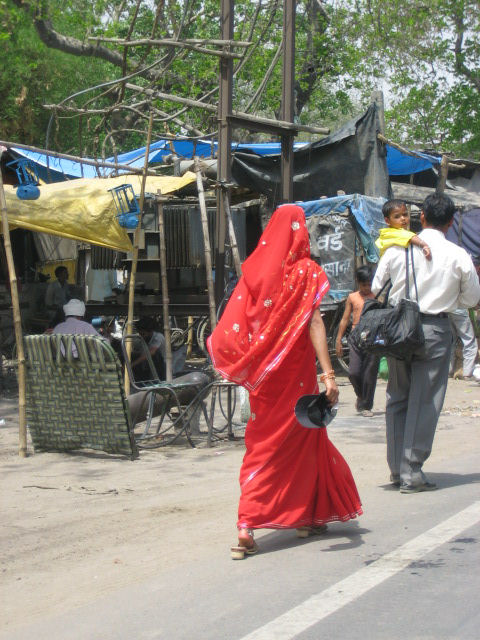 The most common outfit we saw women wearing in northern India was the salwar kameez. A salwar kameez, much like the kurta pajama the men wear, consists of (often) baggy, drawstring pants and a long top. The women’s tops are also collarless, and fancier ones are often embroidered. A scarf called a dupata completes the outfit. Women’s suits (as they call them) come in a vast array of vibrant colors and patterns. If variety is any indication, I would say that Indian women find a lot of pleasure in combining pieces of outfits to create looks they like. Hmm, I think the Western women I know could get into this…Indian women are also quite into adornment. Earrings, finger rings, toe rings, nose rings, bracelets, and nail polish are in abundant supply. 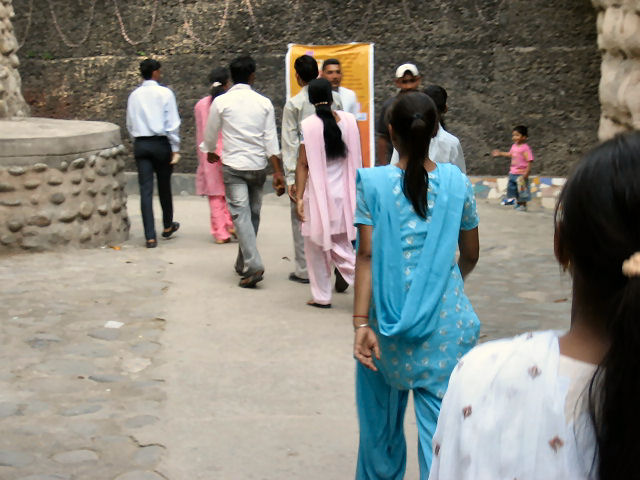