Well, I’m home from India now. I’m trying to write a few posts to wrap up the India trip. Time and internet connections have still been hard to come by, which is the reason for the delay in reporting on the final part of the trip.

We spend the last two days of the trip, April 29 and 30, in Delhi. We got in three final meetings and did a little bit of shopping. Erin and the girls like colorful and sparkly things, which India is full of, so they really liked the clothes I brought them.

During the last two days, we got to visit one slum and sit in on a training meeting attended by about 10 pastors. They are learning simple Bible stories, such as the Prodigal Son, to share with others. It was neat hearing testimonies from them of ways God is using them to share the Word with others, people who are being miraculously healed, and people who are coming to Christ. Praise God!

The trip home was pretty uneventful. We left Delhi Wednesday night, April 30, and by Thursday afternoon I was back in Idaho with my family.

I’ll try to write a couple of final posts including some of the dress in India and a few parting thoughts on the trip.

I had wanted to do a post on food, but I just didn’t make that one happen. In the absence of an entire post with photos, here are a few comments:

I’ll wrap this up with a few more photos from India, in no particular order:

Having a broken car horn would be as serious a problem as having no brakes. Indians use their horns constantly! One of our travel books was giving advice for if you rent a car, and it said something to the effect of, “Use your horn when passing someone, when someone is passing you, when thinking about passing, or about the general concept of passing.” Boy, was that the truth! It was sort of humorous to us seeing many trucks that had painted instructions on the backs of them encouraging the use of horns: 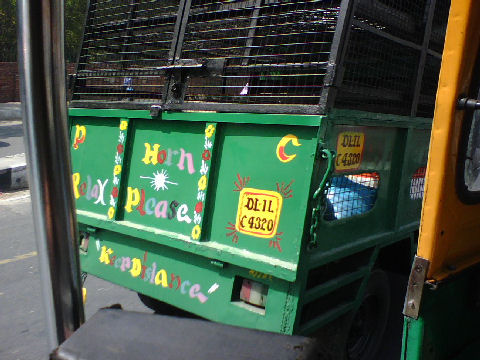 The train station in Lucknow 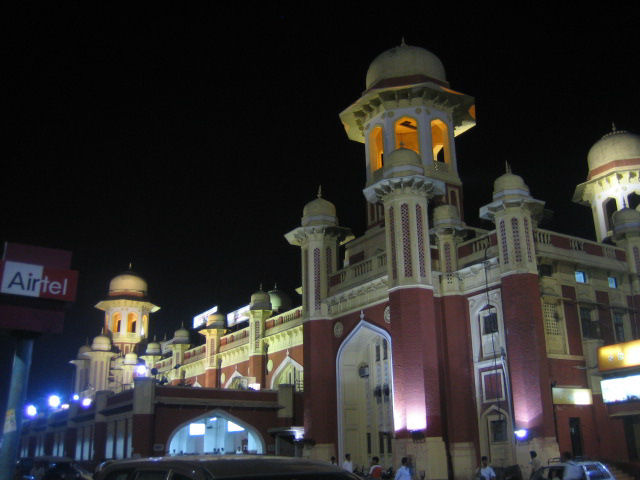 A market area in Lucknow 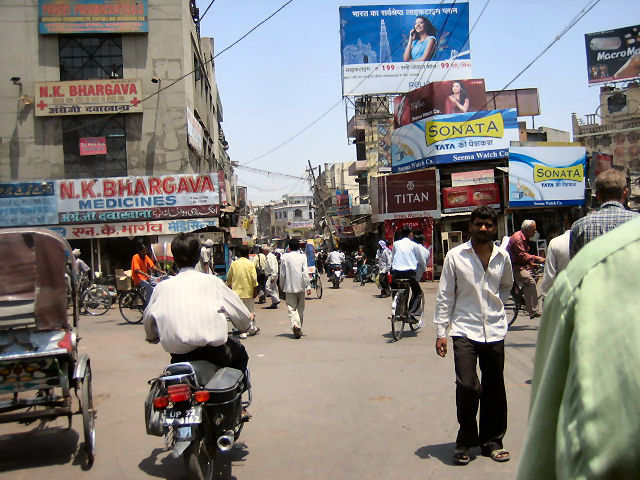 Monkeys scavenging on the tracks at the train station in Lucknow 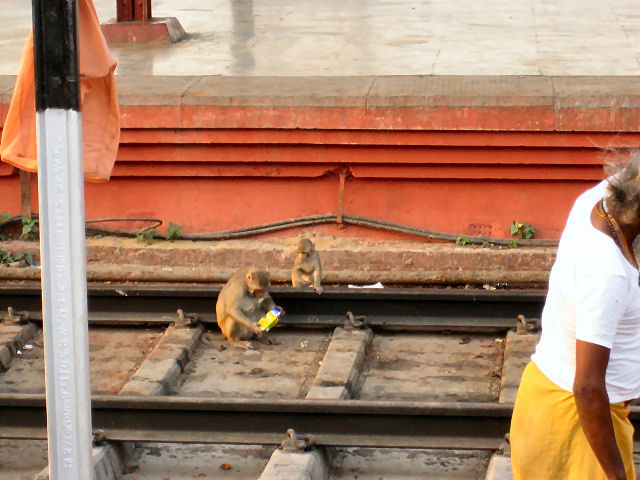 Roadside coconut stand in a village 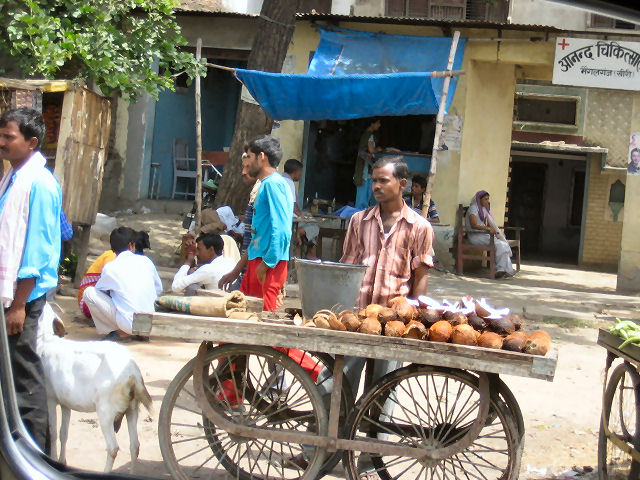 The building of a traditional Christian church in the state of Uttar Pradesh. India has quite a few churches that have been around for decades or even centuries. Unfortunately, many of these are quite nominal. 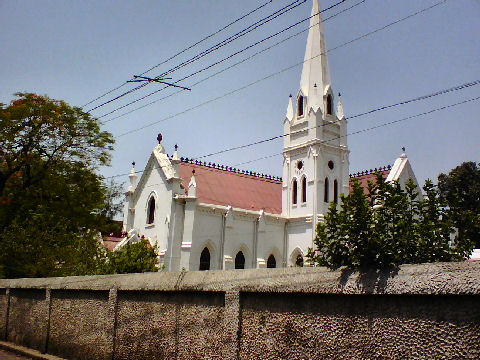 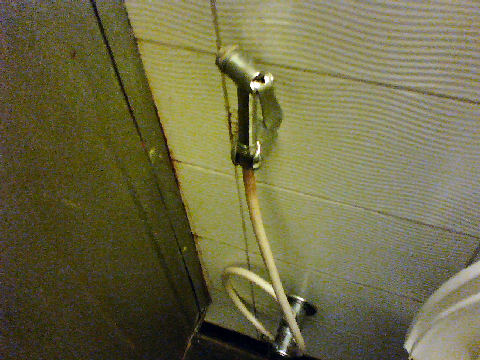