Last Tuesday, September 16, was Mexico’s independence day. The fun begins on September 15, when cities have a large nighttime celebration with fireworks. This is capped by the grito (which means the “yell”, basically), usually at midnight, where a leader yells things like, “Viva México!” and “Viva la independencia!”, and the crowd responds by yelling, “Viva!”

The entire month of September is a patriotic month in Mexico, filled with different activities. Here are a few photos from the past couple of months and the night of the grito:

(By the way, my camera phone isn’t so impressive at night…well, or anytime, for that matter.)

These are from the daily flag lowering ceremony that was taking place at our central town park, which is right in front of our main government building 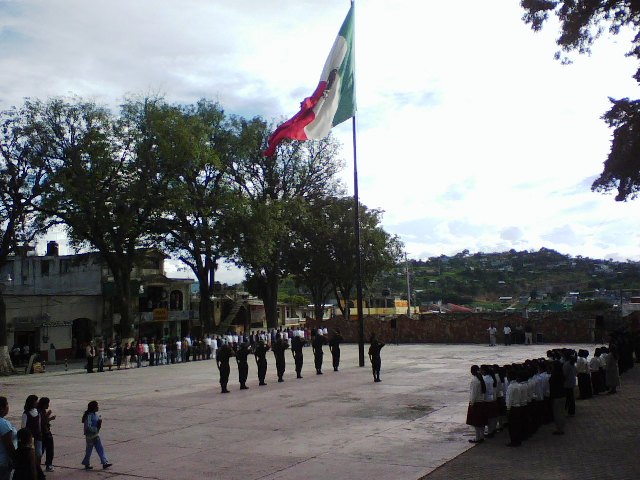 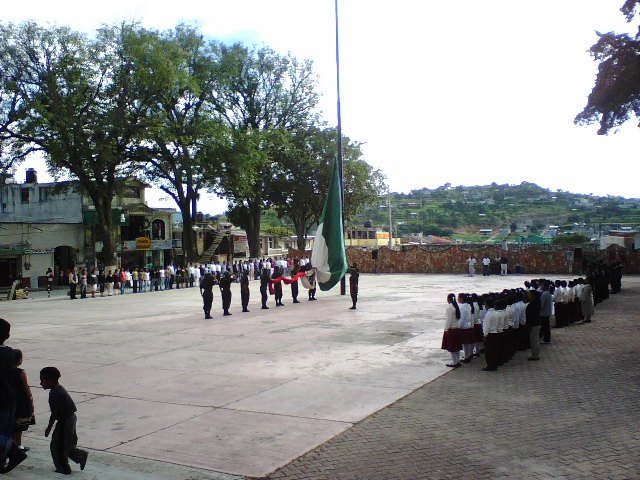 And a few photos from the “clock square” the night of the grito…the whole place was done up in green, white, and red lights with flags, banners, and a 30-foot firework tower. It was pretty sweet; I wish more of it came through in the photos. Thousands of people were downtown for the event, which lasted past midnight. 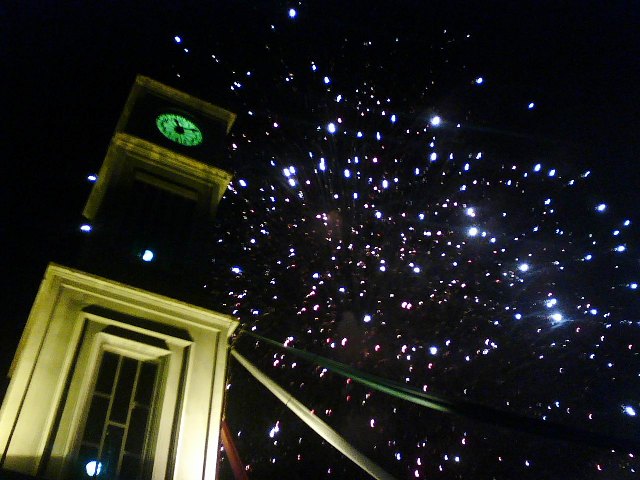 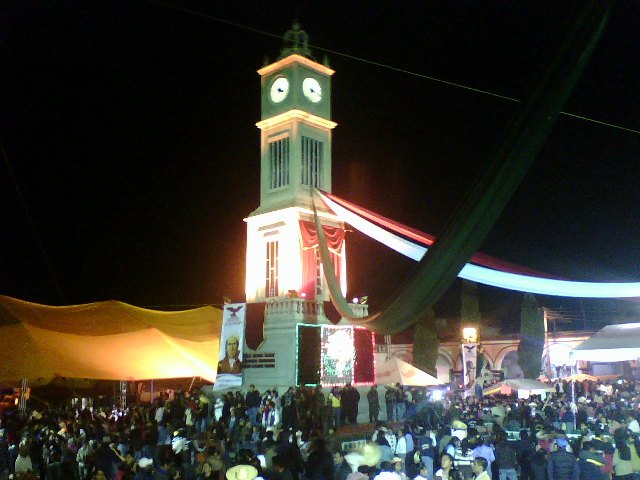 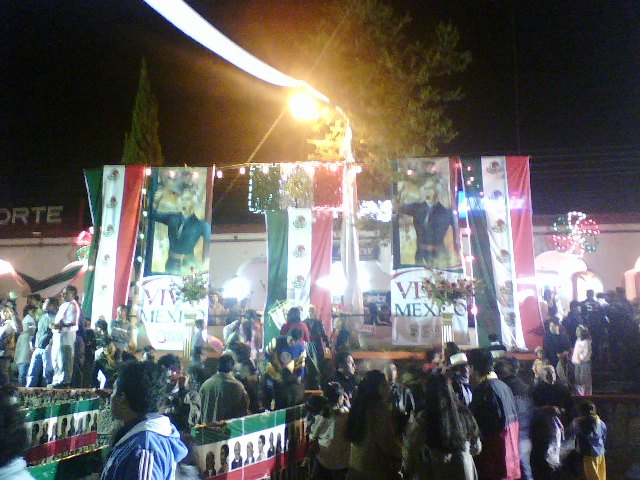 This is the firework tower, which had parts that spun and colorful flames that spelled out things like, “Viva México!” 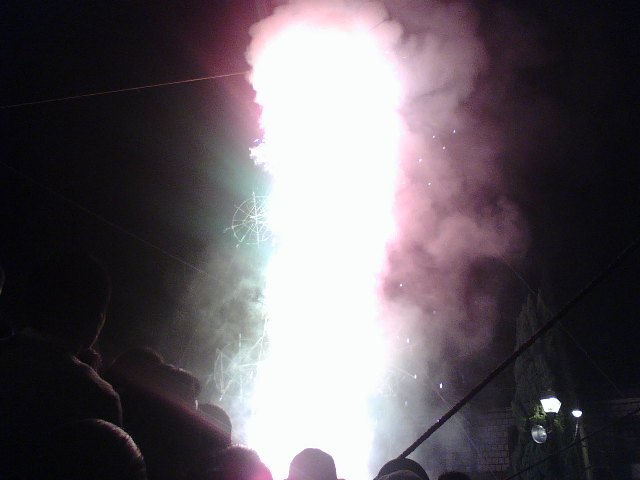