This is a large assembly in our town on Mexican independence day, September 16. It took place at the explanada, which is an open parade ground area next to our main government building. Many of the schools in town were there, uniformed and in formation, as were the town president and many other government officials: 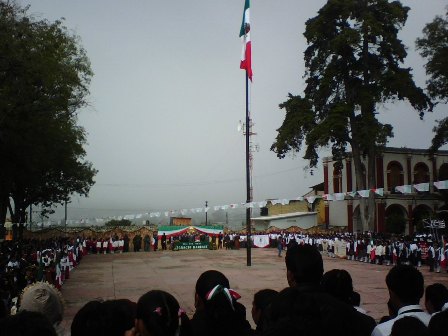 The assembly at the explanada was followed by a parade through town. Here are a few photos from the parade: 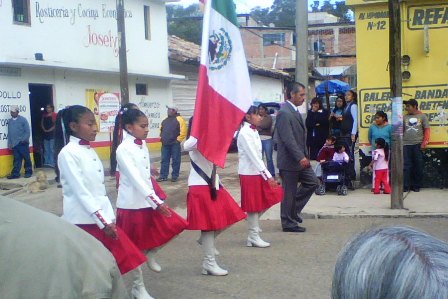 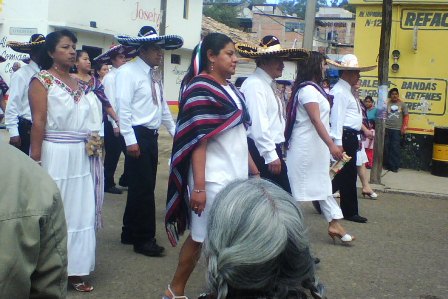 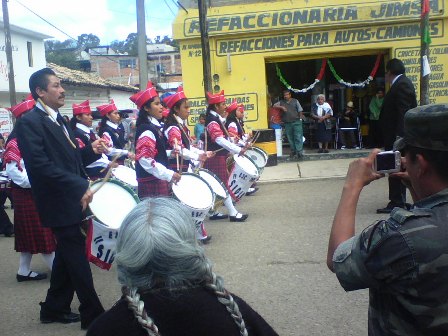