Until this past summer, I had never been inside our local Catholic church. In the past, we stayed away because we didn’t want to upset local evangelicals. Now we’re not overly concerned with that, but I still didn’t want to go waltzing in there by myself, because that can be frowned upon by some of the local Catholics. Having a Catholic intern this summer, though, gave me the perfect opportunity to have him show me around.

I learned that our town’s church is more than just a big sanctuary. It has an inner courtyard and a number of other rooms I never knew were there. One section looks like it could have been a monastery or convent in the past, though I have never actually heard this about it. I’ll have to ask around. It would fit the pattern of other cathedrals in our area, though.

I am told by locals that our cathedral is one of the three oldest in our region of the state, dating to about 1520. It was apparently constructed in the years immediately following the Spanish invasion.

A couple of different views of the inner couryard. In the second, you have a rear view of the bell tower at the front of the building. 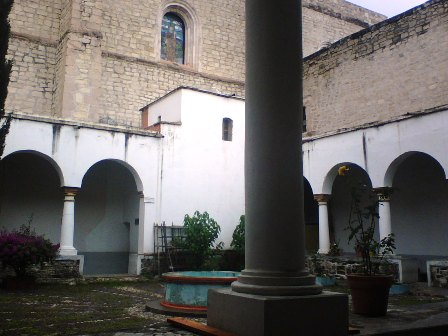 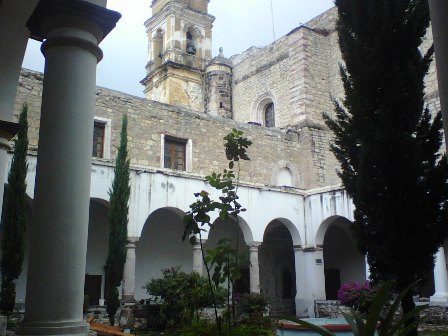 A really old painting, though I’m not sure of what. It looks like it could be Jesus breaking bread. 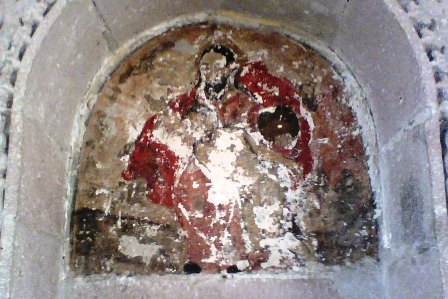 Statue of a Catholic saint. I don’t know who, and my Catholic friend who was with me wasn’t exactly sure either. 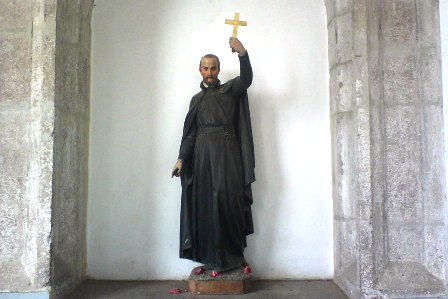