Sometimes things happen down here that just make me chuckle. For example, last week I stayed in a hotel with one of our mission trip teams. I went up to the front desk and asked for a 4:45 wake-up call the next morning. The guy disappears behind the counter for a minute, reappears with a pink alarm clock, pops a battery into it, and hands it to me.

A few minutes later, one of our other staff members walked in and asked for a wake-up call. 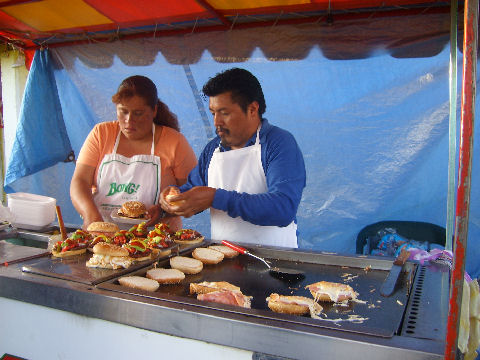 If you have ever been to southern Mexico on a mission trip with GFM, you know about Burger Boy. He’s a legend in our circles. He makes a killer hamburger with some Mexican flavor to it. Here are the ingredients:

During each mission trip, we usually take the team to his stand to eat, or sometimes we have him bring his cart up to our base. To make it worth his while when he brings the cart to our place, we have to eat a lot of burgers. This means that we usually end up having burger eating contests (because otherwise they’ll go to waste). Here are some burger eating records:

So if you ever come visit us down here in Mexico, be sure to have us take you out to Burger Boy! 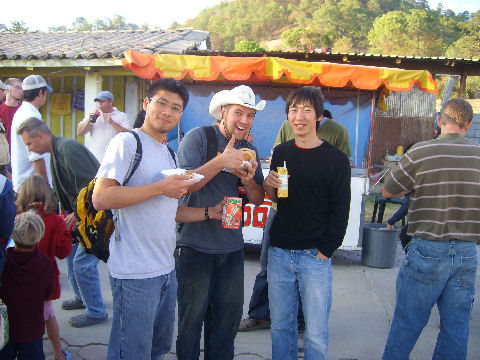 I figured I’d better address this one, since that term my show up in my blog from time to time.  I imagine that most people are familiar with the term, though some may not be.  ‘Gringo’ is a term used in Mexican Spanish to refer to a white North American.

The origin of the term is the subject of much debate.  If you’re interested, check out the Wikipedia entry on it.  Where we are, the most common (though probably incorrect) explanation we get from Mexicans of the origin of the word is that it came out of the Mexican-American War.  The story goes that the American soldiers were wearing green uniforms.  The Mexicans would overhear the American commanders yelling, “Green, go!  Green, go!”, hence the term ‘gringo’.

In Oaxaca, only a few people call us gringos.  Many people are afraid that we think the term is offensive (and apparently some Americans are offended by it, though I’m not sure why), so we often get a chuckle or a surprised response when we use ‘gringos’ to refer to ourselves.

The term most commonly used to refer to white people around here is ‘güero’, (which is pronounced more or less WHERE-oh).