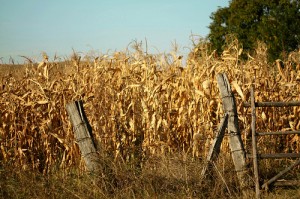 I mentioned a while back that the previous weeks had been some of the most difficult I had had in a long time.  Things have actually not gotten any easier since then, but that’s a story for another time.  One of the difficult things we went through a few weeks back was having to dismiss two of our mission training school students.  I was not very directly involved in that situation, but I learned a lot by watching how the leaders around me handled it.  Even though it’s older news now, I have wanted to come back to it so I could make a couple of comments.

The issue didn’t seem like a big deal in the beginning.  We have rules against guys and girls getting into romantic relationships just for the seven months they’re going through our mission training school.  This is so they can devote themselves to ministry and to spiritual growth.  We had a guy and a girl who began to break some of those rules – being alone one-on-one, communicating via e-mail and instant messanger, etc.  I am going to share a couple of Scripture passages dealing with the confrontation of sin here, so that you can look at them as you follow the process that happened with these two students:

“If your brother sins against you, go and show him his fault, just between the two of you.  If he listens to you, you have won your brother over.  But if he will not listen, take one or two others along, so that ‘every matter may be established by the testimony of two or three witnesses.’  If he refuses to listen to them, tell it to the church; and if he refuses to listen even to the church, treat him as you would a pagan or a tax collector.

My brothers, if one of you should wander from the truth and someone should bring him back, remember this: Whoever turns a sinner from the error of his way will save him from death and cover over a multitude of sins.

When you are assembled in the name of our Lord Jesus and I am with you in spirit, and the power of our Lord Jesus is present, hand this man over to Satan, so that the sinful nature may be destroyed and his spirit saved on the day of the Lord.

A couple of the guy students saw their brother getting into sin with the young lady by breaking the relationship rules, so they went and confronted him on it.  They did not go to anyone else; they handled it themselves.

The guy did not repent.  Leadership the rules being broken and also found out those two students had confronted the guy with no change.  So a couple members of leadership then went to the guy and the girl, confronted their sin, warned them of the danger of rebellion (the Bible puts this sin on the same level as witchcraft in 1 Samuel 15:23), and called them to repent.  This couple was taking advantage of some gray areas in the rules to deepen their romantic involvement, so leadership made those gray areas black and white by saying, “You can’t do this, this, or this anymore.”

The rule breaking continued.  The couple was caught doing the “this, this, or this” they had been told they couldn’t do.  At this point, leadership took the confrontation to the third and final level.  This meant bringing the couple before the church, which in our context was the entire student body.  The couple was called out in front of the student body, their sin was rebuked, and they were told that if they rebelled again they would be asked to leave the school.

In the days following that third and final confrontation, the couple was once more caught in several instances of doing precisely the things they were told were against the rules.  We had no choice but to ask them to leave the school.  I was in the meeting where this news was broken to the couple, and I was powerfully impacted to see how much love leadership exhibited, the tears they shed, and the way they pled with these two students to repent of their rebellion.  Leadership’s goal was always repentance, and never anything else.  There was no vengeance on their part, only hurt.

Immediately following telling those two the news, we went to the student body to let them know.  The scene that followed was to me a true picture of the Body of Christ.  Upon hearing the news, the students and staff wept; there was hardly a dry eye in the room.  There was some anger and frustration, but the overwhelming feeling was one of brokenness over those two students who refused to repent.  The love for them was tangible.  A soberness about the seriousness of sin also gripped the room.  It seemed to me like a lot of us were realizing that it was only by the grace of God that we weren’t in the same boat.  It just takes a couple of sins left in darkness to lead us into a spiritual bondage that can eventually make it impossible for us to receive correction.  For maybe half and hour, the students cried, hugged one another, and huddled in small groups to pray.  Many encouraging words were spoken to leadership about their handling of the situation and their refusal to allow sin to go on unchecked in the Body.

Here are some things I learned through the whole experience:

I think most of us would agree that the rebuking of sin and church discipline is under-applied in much of the Western church.  But why is that the case, if sin is so incredibly deadly?  Is it because we don’t understand the true power of sin?  Or could it be that we fear man more than we fear God?  Whatever the cause, I hear God calling us back to a practice that was commonplace in the Bible.  Will we love our brothers and sisters enough to do it?