I joined a local soccer team back in May.  This has proven to be one of the better ways I’ve found to develop good friendships with non-Christians.  It is also meeting my need for exercise and outdoor activity.  It’s always nice when you can kill two birds with one stone.  (Really, we’re trying to do a better job of killing multiple birds with one stone in everything we do.  Church planting is a lifestyle, not a job.  As we work, eat, shop, and play, we try to plant seeds of the gospel and make disciples wherever we go.)

My team was a new team that was forming for the season that just finished.  We ended up doing really well and making a run through the playoffs at the end of the season.  Yesterday, we played for the league championship and won.  The game was tied 1-1 at the end of regulation (I scored our goal on a header), and then it was still tied 1-1 after 30 minutes of overtime, so it had to be decided in a penalty kick shootout.  We won the shootout 4-2.  I got to be one of our team’s 5 shooters and scored on my shot.

The way soccer works, there are usually several leagues.  At the end of each season, the best couple of teams from each league move up to the league above them, and the bottom two teams in each league move down.  This keeps the competition good in each league and makes the top one a really tough one.

There are 3 leagues in our town, and we had to start at the bottom one since we were a new team.  Since we won the championship, we now get to move up to the second league at the start of the next season, which will be underway soon.

Below are some photos Erin took of me playing yesterday.  They didn’t turn out great because of the distance, but oh well. 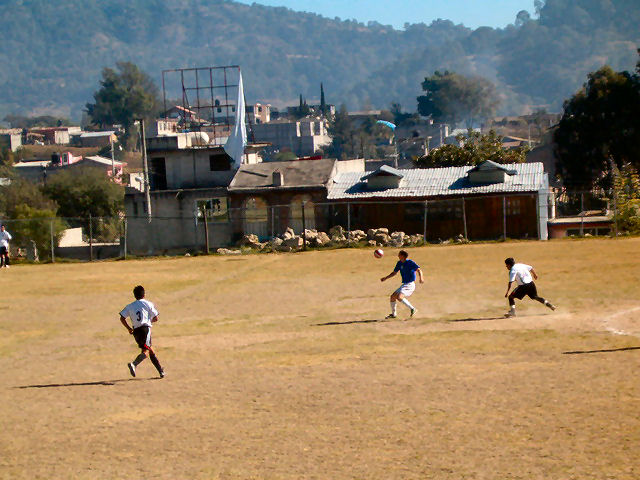 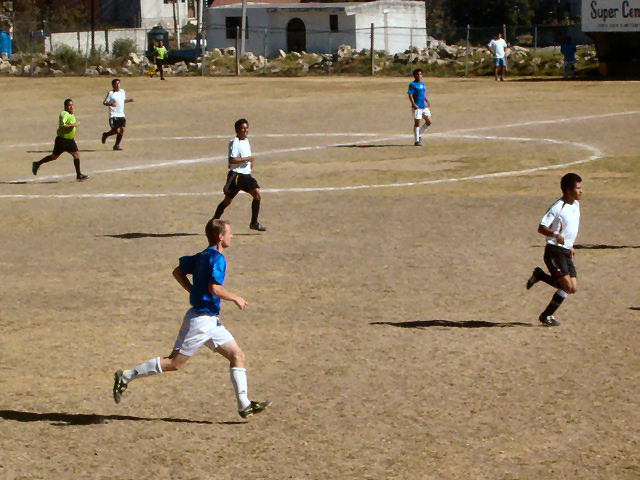 Me getting ready to cross the ball (below): 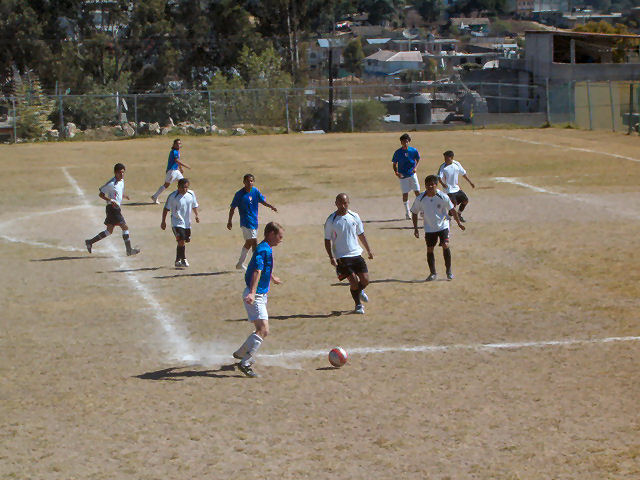 Here I’m just about to put in what would have been the winning goal in overtime, but I was barely offsides: 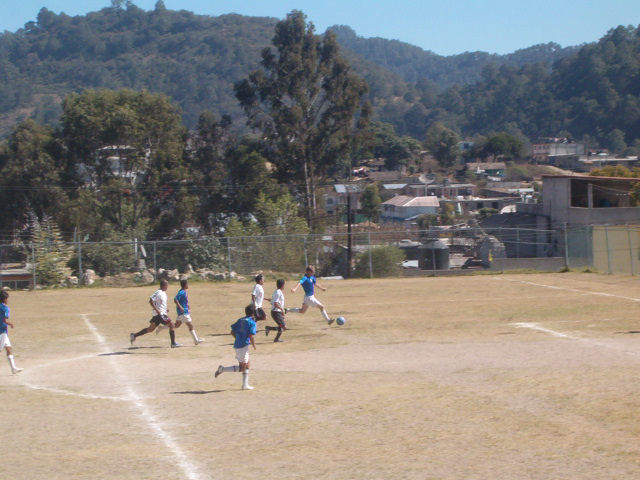 This is me making my penalty kick during the shootout at the end of the game: 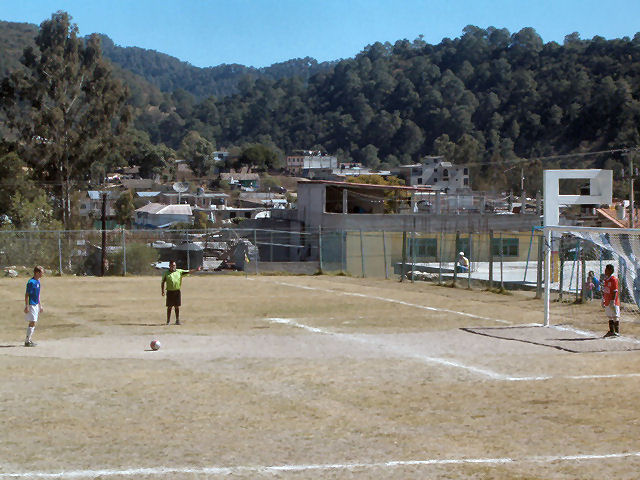 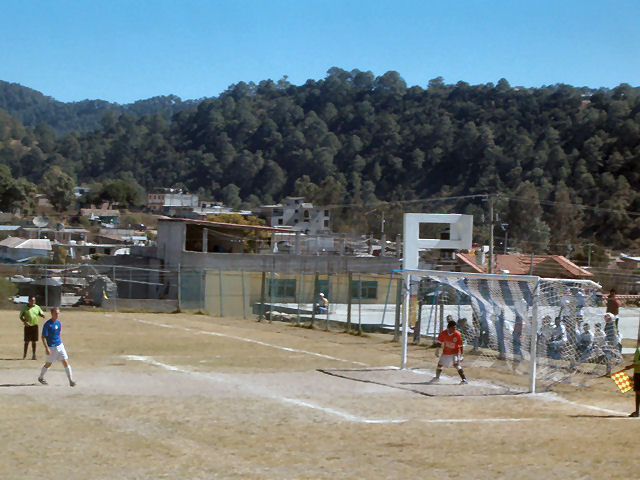