Well, after my recent musings about turning 28, I’m glad that I’m no longer the only 28-year-old in the family.  Erin just had her 28th birthday on Saturday.  We celebrated with pizza and a movie the night before her birthday, and dinner and shoe shopping in town the night of her birthday.  Instead of a cake, Erin wanted flan, which is a delicious, custard-like Mexican dessert with caramel sauce. 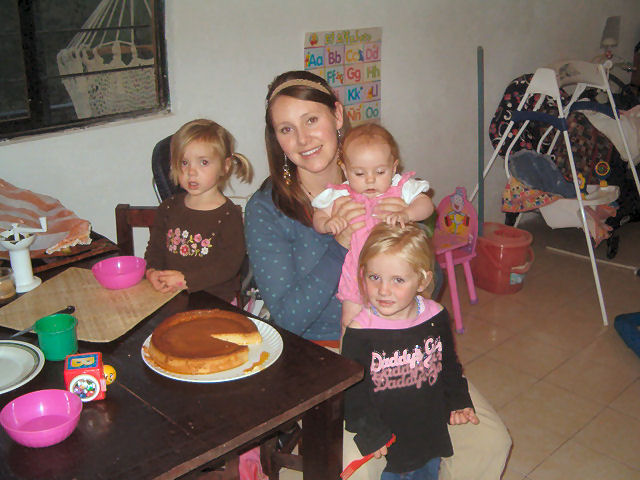 Yesterday, the 20th of November, was the Day of the Revolution (Día de la Revolución) here in Mexico.  The holiday is celebrated with parades and programs where kids dress up as Mexican revolutionary heroes.  Lauryn was picked to participate in a dance as part of her school’s celebration.  She did a great job.  It was kind of funny seeing a fair-skinned, blond kid dressed up in traditional Mexican garb, but it was really cute.  Here are some pictures: 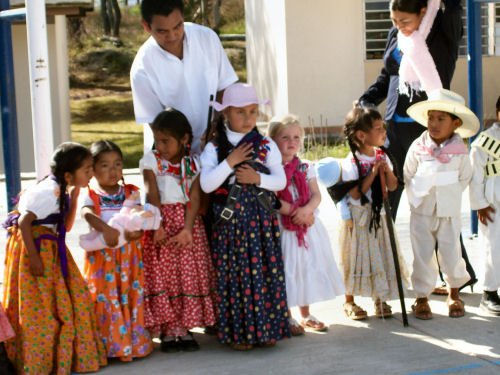 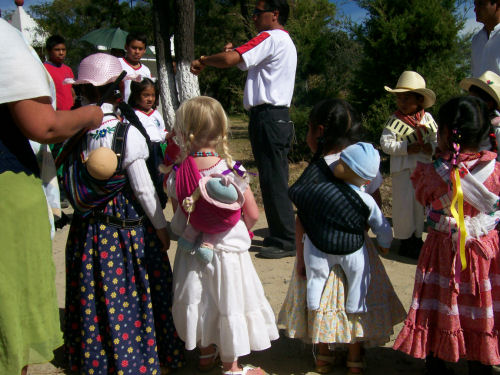 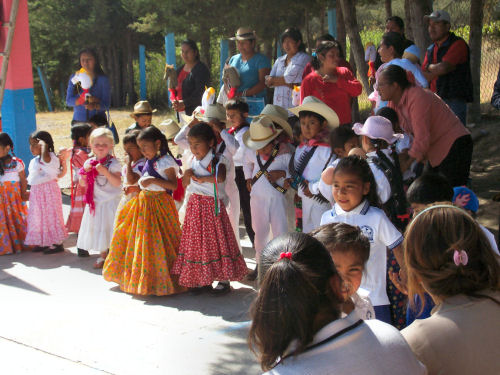 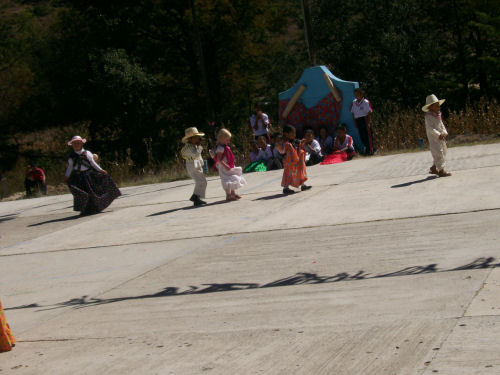 Lauryn turned 4 yesterday.  Amazing how fast they grow up!  A few days before, she had a princess birthday party, together with two other daughters of staff members who also turned 4 in October.  Lauryn asked for a blue diamond cake.  I guess that’s in the tradition of her father, who asked for a purple sunshine cake when I was about her age.  Here are some photos: 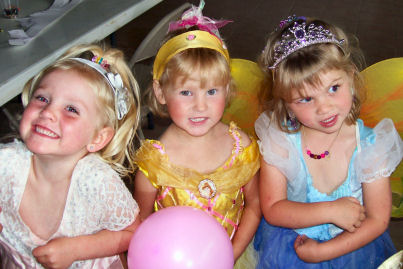 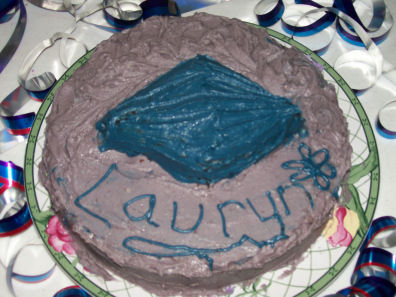 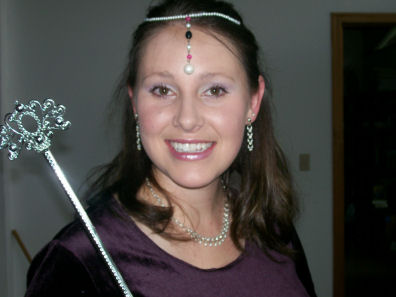 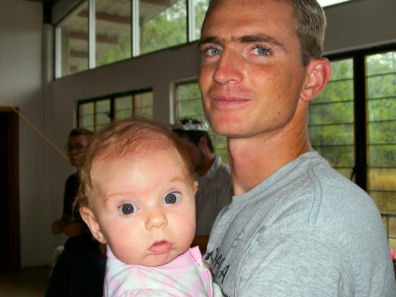 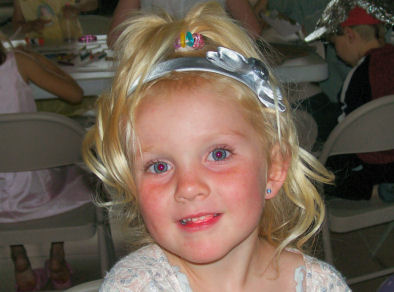 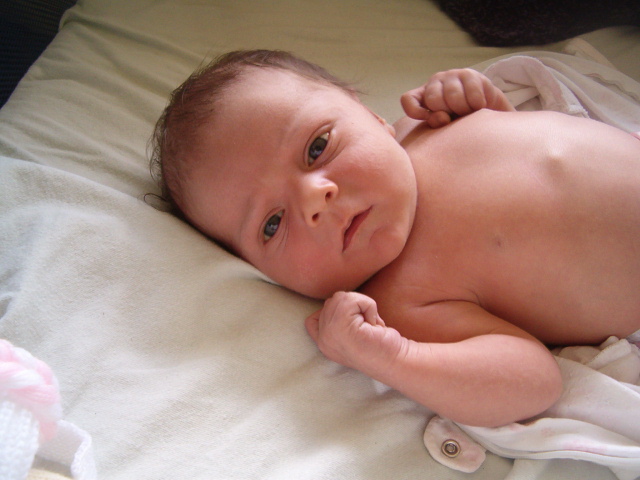 No, I am not a doctor, and no, it was not an emergency.  (And yes, maybe we’re a little bit crazy – they say that to move to another country as a missionary you have to be a bit loco to begin with!)  Jenna Kristin Leake was born in our home here in Mexico on June 29, 2007, weighing in at a healthy 8 pounds, 14 ounces.

Our first daughter, Lauryn, was born in Colorado (top-notch doctors, great hospital with new, state-of-the-art maternity ward, the whole bit), and Molly was born in the capital city of our state here (clean, comfortable hospital and a doctor who spoke perfect English since she was trained in the U.S.).  This time, we decided to have the baby in our smaller market town, since sitting around in the capital city for two weeks waiting for a baby to be born is a pain.  That left us with a few options to consider for the birth:

• Have the baby at the local government hospital.  The hospital is clean and provides good care, but the difficulty is they don’t let husbands be with their wives during the delivery.  They’re also quick to do C-sections – the kind of thing most women would like to avoid if at all possible.
• Have the baby at home with a local midwife.  The midwives here are certainly experienced, and in many cases they only charge about US$5 and a 2.5-liter bottle of Coke, but many of them also employ witchcraft or other shady spiritual practices.
• Pay for a private doctor to come to our house and deliver the baby.  But why pay all that money for someone to come here, drug Erin up (something she was quite opposed to), and then play catch?  Anyone can do that…right?  (I know, I’m sure I’m riling some mothers with that statement – so leave a comment and explain to us why “there’s a whole lot more to it than that”!  Mom, this means you.)
• Have me deliver the baby at home.  I think this idea originally came up because of some wisecrack I made, but Erin was the one who actually first threw it out there for serious consideration.  (Believe me, we would not have done it if it were my idea that I had to sell her on!)  We prayed about it and discussed it for a few weeks and felt a lot of peace about doing it this way.  I don’t think we ever would have tried to deliver Jenna at home if Erin hadn’t already had two smooth births without complications, though.

The decision made, I studied up for the big day by reading a book, asking a few questions of people who have experience with childbirth, and drinking of that vast fountain of knowledge known as the Internet.  I did my homework, and we were confident with our decision, so when Erin finally went into labor, I really wasn’t that nervous.  And we had the cell phone number of a local doctor who was willing to come to the house, just in case.

Erin went into labor early on Friday morning, June 29.  After about 9 hours of contractions, with me encouraging and coaching her (although, can you really coach a woman through that sort of thing?), Jenna entered the world following just a short while of pushing.  Everything went great – no complications, she had all her fingers and toes, and I didn’t drop her.  I was a little nervous for a few minutes after she came out – she was pretty blue since she was born at high altitude.  After a few minutes, though, we got her airways cleared out and she started crying more, which made her turn a more normal color.  Yes, I cut the cord, and yes, we used sterile scissors and a sterile tie.  Apart from that, there really wasn’t too much to it except cleanup.

It was a really special event – one that our family will treasure.  Erin’s mom got to be in the room for the whole thing, as did a girl from my in-laws’ church who was here on a mission trip and is training to be a doula.  I think it was the first live birth she had been at.

When we called my mom shortly afterwards to tell her the good news, she had two things to say:  1) “Is she okay?”, and then, once I answered in the affirmative, 2) “Christopher, don’t you ever do that again!”  I heard that some of the single guys down in the dining hall at our missions base, though, were talking about how they thought it would be pretty awesome to deliver their own babies someday.